Yes, the title is a mouthful. The book itself has a lot of writing as well at over 500 pages, so I’ll try to keep this short. If you have an interest in knowing what the Japanese industry was like “way back when,” or you want to know the story behind some of the cherished and/or niche titles you grew up loving, this might be the only place for you to get a glimpse of that world.

The author, John Szczepaniak, created a Kickstarter that allowed him to travel to Japan and interview dozens of game developers for this book. He gets firsthand accounts of the world of Japanese game developers. The book’s helped me to materialize an image in my head of who these guys were — busting their asses to make these products with so much passion. It also shines light on some of the business aspects of the industry as well. In the early 80’s, it sounds like it was commonplace for companies to cram as many recent graduates into office/living spaces where they would work feverishly in hope of churning out the next hit game.

I have no idea how he was able to land so many amazing interviews from developers that worked at companies like Capcom, Falcom, Enix, Game Arts, and so on. The common thread amongst all of the interviews is that I get a sense of passion from all these people. They hustled to do their best and overcome the challenges and limitations of game development in those days. Also finally being able to put names and faces, along with personal stories, to games I’ve heard of or played makes me feel like “Hey, these games aren’t just made by some massive company. They’re made by people. People that love games!”

As a game developer, I’m always looking for new inspiration. My inspiration sometimes comes from a game I love, sometimes great artwork, even from the mood a song puts me in. Lately I’ve found that it’s the people and their stories that drive me. If these guys could do it, there’s no reason I couldn’t do the same thing! 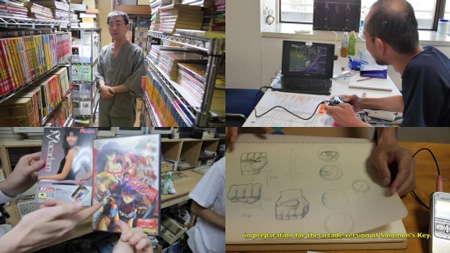 So I didn’t contribute to the Kickstarter for this book. When I first came across it I was kind of skeptical. Like this guy was really going to go to Japan and get all these interviews? I reconsidered backing it but I had already missed the boat, no bother. Sometime afterwards, I saw that they were selling the DVDs separately on Hardcoregaming101.net. It looked like the real deal, so I dropped $50+ on it to take a chance on it. After all, where else would you get to see footage like that?

The DVD is basically home movie quality footage of Szczepaniak’s trip to Japan. It mostly consists of interviews, but there’s also some trips to places like the old Hudsonsoft building. This isn’t a well-made documentary, it’s not very professionally presented or edited. The author is a much better journalist 🙂 . But you get a firsthand glimpse at things like the original Strider artwork, game pitch documents, Westone offices (Wonder Boy), Enix level editors, game book archives and more. For that I felt like the DVD was priceless. 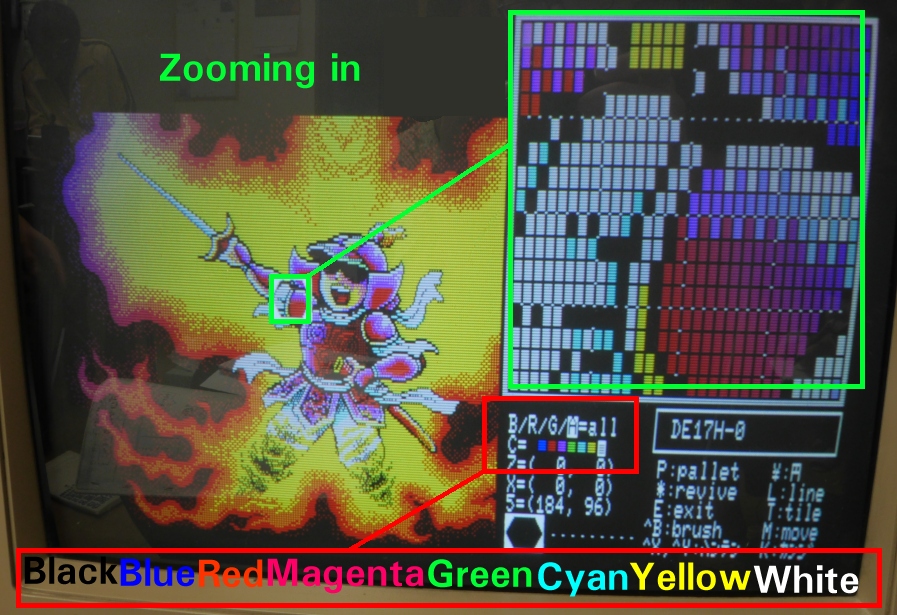 In conclusion, I think it’s a great thing that John Szczepaniak’s done with this book. I’m starting to appreciate the work of him and people like him, chronicling the history of games so these stories don’t get lost in the void of history. It’s funny to see that in some interviews the interviewees are surprised at the breadth of Szczepaniak’s knowledge of trivia related to Japanese games. That, to me, shows that he has a true passion for what he’s doing. He goes above and beyond the typical ‘clickbait’ journalism we mostly get in the game industry today. Check it out!

Bryson Whiteman (http://www.sonofbryce.com)
Bryson is the guy behind all of the Sokay creations. Heading artwork and development, he's determined to make sure each game has a "distinctively Sokay" quality to them. He's always looking forward for a chance to experiment with new technologies to explore exciting ways to achieve fun.
« Realtime Compositing in HTML
Sokay Zine – Issue 01 – “The Making of Thugjacker” pt 1 »