Warning: "continue" targeting switch is equivalent to "break". Did you mean to use "continue 2"? in /nfs/c03/h06/mnt/48256/domains/blog.sokay.net/html/wp-content/plugins/jetpack/_inc/lib/class.media-summary.php on line 87
 The Making of Sammy Samurai: Runner - blog.sokay.net

The Making of Sammy Samurai: Runner 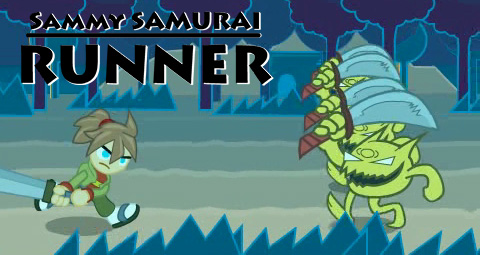 In late November of 2008 I found a forum post on Flashkit that linked to a contest from Mochiads. I wasn’t too excited about the prizes, the runner-up prizes were almost a joke, but I saw this as an opportunity to rush and actually finish something. Winning would be a plus. I hadn’t released a Sokay game in 2008 so I felt it was my last chance.

So I wanted to plan something that I would be able to finish within a month. That meant it had to be a lot simpler than my usual grandiose visions. I passed up on the opportunity to work with the Donut game I’ve been working on because there was a lot of animation that needed to done that I didn’t want to think about.

I had recently been inspired by the Studio Ghibli film Tales from Earthsea. I didn’t think the movie was very good but it has some awesome background design and a few shots had some excellent parallax scrolling going on. The parallax shots were very quick but captured my attention. Thanks to digital compositing they were able to blend many layers without making it obvious where one layer ended and another began.

Tales from Earthsea. This particular shot caught my eye.

With this fresh in my mind I wanted to try setting up an environment with many parallax layers, to give the feeling of depth within the environment. I thought of Guardian Heroes for Sega Saturn because it had many parallax layers and the player moved in and out of the background. The ground’s a flat texture that’s warped to perspective, to give the perception of depth. While it was a sidescrolling beat ’em up, there were 3 distinct ground planes that the player could hop between to chase after enemies, or avoid attacks. 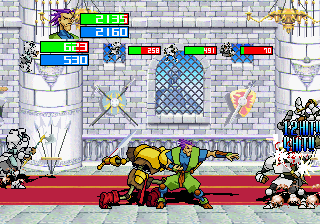 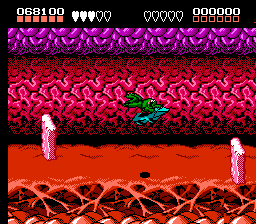 To keep the gameplay simple for Sammy Samurai, I imagined something like the 3rd stage of Battletoads for the NES. The warp tunnel is a notoriously difficult stage, but mastering it makes you feel bad ass! On this stage you hop on these hover bikes and start flying through this tunnel. You have to move up and down to avoid walls, jump over barriers, and hit ramps to cross large gaps. The patterns get more intense and obstacles come at faster until it gets ridiculous. There’s no room for error, you make a mistake and you have to start over again. Pattern memorization and quick reflexes to make it through the game.

I have a habit of taking my ideas to the extreme and going overboard with my games. Great ideas, but I often don’t have to time or focus to bring it all together. Since I had such a short time to do that game I wanted to use the world of Sammy Samurai. I had completed a great deal of art for the game when I was in school, but didn’t get to a lot of the game stuff. I thought of Runner as an intro to the larger game I planned, therefore I could allow it to be simple and force myself to not take it overboard.

I started with a few thumbnail sketches and right there I knew this was going to be awesome.

My games are visually driven. I start out with a vision of how it’s going to look. I think of making games as building a world for the characters to live in, from there everything falls into place. One visual goal that I wanted to accomplish was a seamless transition from day to night, I knew this might be tricky given that the background was going to be scrolling continuously. One of the first steps I took was to establish the color pallete I was going to be working with. I created 2 comps to get a feel for what the layout of the game was going to be like. Although I had an idea of the colors I wanted, I used Adobe Kuler to find groups of colors that worked well with each other. Adobe spent a whole lot of money developing it so I figured I’d see if it had any value. Working in CMYK mode in Adobe Illustrator, I increased the K color values evenly to create the different shades I would need. Here’s the result… 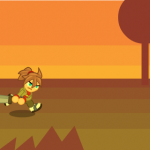 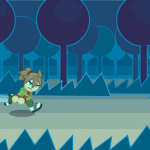 I used these comps to set the color palettes and layout.Once I settled on the proportions I started developing a scrolling engine for this game.

In a few hours I came up with scrolling engine that would let me scroll as many layers as I needed at varying speeds. I think the game has something like 8 layers of parallax. From there, I finalized the artwork from the comps and brought them into Flash, hooking them into the scrolling engine.

For the gameplay I wanted to create something like a Time Attack mode. I was hoping to end up with something like a Ferry Halim Orisinal game, simple but keeps you hooked. I planned to have more elements like obstacles that had to be dodged, barrels that contained power-ups, and an elaborate boss battle. All nixed to hit the deadline, unfortunately. After launch, Chris threw in a suggestion to make the game about protecting someone behind you. A design issue that I had a hard time wrestling with was the ability to move up and down while slashing repeatedly. I initially was planning to slow down your attack speed, with enemies spaced far apart. The decision to make it the way it is was actually inspired by a bug — it just looked so cool to take out an entire row of enemies at once. I had to leave it like that. A problem I created with that is that it’s now too easy because you can just slash-slash-slash wildly the whole time, which is why I wanted to have emphasis on the score instead of surviving. One goal that I had was that it had to be possible to get a perfect score in the game if you were good enough.

Part of the requirements for the Mochiads contest was that the game had to use their version control system. This was an interesting idea to me because for the first time I was able to let bugs slip and be able to push updates whenever I needed. I had a few weeks with ‘open-beta’, updating some issues, tweaking the enemy layout, gameplay and adding features like the “Awards” system. This was my first game to have high scores so I was enthused to see the results everyday. These results actually influenced a design decision to include an “Perfect score” award, which I didn’t know was possible because I couldn’t pull it off myself — some dude in Mexico managed to pull it off.

I didn’t win the contest, as the developers that won had much more elaborate games that were well into development when the contest started. Somehow I didn’t expect that, ha.

I wasn’t fully satisfied with the game itself. It’s cool and pretty, but it lacks the depth and challenge that I usually strive for. I ended up spending a lot more time than I expected polishing the interface and presentation, giving everything a smooth transition. So I ended up neglecting the actual gameplay. The valuable part of this project was the learning experience. It reminded me that I can complete a great game in a couple weeks if I can stay focused on it. The next Sammy release shall contain an updated version of this game, closer to my original vision.

You can play Sammy Samurai: Runner at www.sammysamurai.com . 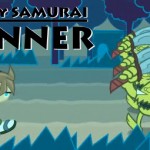 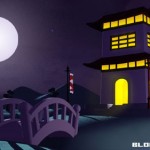 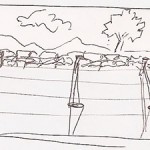 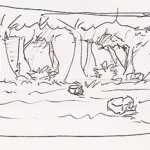 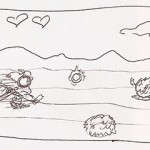 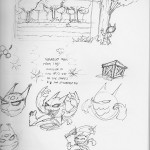 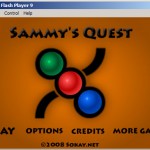 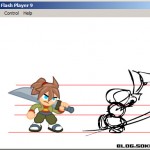 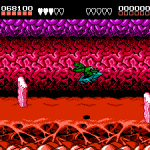 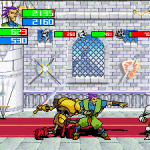 Bryson Whiteman (http://www.sonofbryce.com)
Bryson is the guy behind all of the Sokay creations. Heading artwork and development, he's determined to make sure each game has a "distinctively Sokay" quality to them. He's always looking forward for a chance to experiment with new technologies to explore exciting ways to achieve fun.
« Indiecade ’09
New Game: Bad Bones to Demo at IGCW in LA »