Faxanadu is a side-scrolling adventure game similar to Zelda 2: Link’s Adventure and Castlevania 2: Simon’s Quest (both for NES). You have 2 action buttons, jump and attack. You’re given a fairly elaborate stat menu where you can equip your weapon, armor, shield, magic, and items.

The game flow consists of killing monsters to get gold. Using gold to buy equipment and keys in town. Then going to a dungeon, defeating the boss or acquiring an item. Then repeat.

Gameplay’s rather straightforward. Kill the monsters and explore till you find what you’re looking for. You won’t find the puzzles or elaborate dungeon design of a Zelda game, but you’ll find a challenge. What’s notable about the game is the large continuous overworld, what people like to refer to as “Metroidvania-style” nowadays. You can travel back and forth between any points of the game, screen by screen. No such thing as a ‘warp’ here. Unfortunately there aren’t any alternate paths but it’s already amazing how much they packed into the NES cart.

I find much of the appeal of this game to be the world it takes place in. Faxanadu takes place in a dark and hopeless world. It’s often criticized for its drab color palette but it helps to create a feeling that you rarely get in an NES game. A problem with many NES games is that they often looked alike, using the same colors and styles. Each area of the game has a unique color scheme so you get a feeling of progression as you move through the world.

The music of this game is amazing. Composed by Jun Chikuma. I read somewhere that the soundtrack was haunting. I can’t think of a better word to describe it. Listen to Faxanadu’s Overworld Theme. If you like that, you can download the entire soundtrack here.

One thing that separates this game from a lot of games from that era on the NES is its translation. Faxanadu’s translation actually gets across a good idea what the story is about, unlike Zelda 2 and Castlevania 2. You can piece together the story of the game through the various NPCs that you find in villages throughout the game. I this way of presenting the story is interesting because it’s completely optional. If you feel uncomfortable not understanding why you’re risking your life to kill all these monsters, you can search for a proper justification to relieve your guilty conscience.

An important feature that was dropped for domestic release was the ability to save! Instead of a save, you’re required to input a 20+ character password anytime you want to continue your game. Upper and lowercase letters and punctuation as well (? and ,). As you may imagine, this kind of password can easily result in typos. The password factors into the difficulty of the game since I estimate you’ll lose 25% of your saves as the result of typos, forcing you to return to an earlier point in the game. That is unless you spend 5 minutes with each password proofreading it, running it through spell check.

Towards the end of the game you may feel unstoppable

One of the best things about this game for me was the feeling of awesomeness you have when you get to the end of the game. You start off the game wearing beat-up clothes and no shoes and no weapon. The first weapon you can buy is a dagger — a weak weapon with short reach that you can’t even attack enemies below your waist with. What’s cool about this game is that when you equip a weapon or armor in the game, you can see your character using it. So when you equip that dagger, you’re holding it. When you equip that shield, you’re holding it. Armor, you’re wearing it. So over the course of the game you transform from this hobo-looking Chuck Norris character to an armored dragon-slaying warrior.

The control is kind of clunky — incredibly clunky compared to the smoothness of Zelda 2. The battle system consists of mashing the attack and hitting the jump button every now and then. The enemy AI is pretty good, there’s a good variety of movement patterns. Most enemies have a trick to them to beat them without taking any or little damage but you’ll find yourself taking a lot of damage because a lot is just plain difficult to avoid because of the control. This is balanced by there being certain enemies that drop health that are placed strategically throughout the game. Otherwise you have to use potions or return to a town to replenish health. Jumping is a big problem with the control. There are parts in the game were you have to make precise jumps and these are always a headache, especially the sections where you have to go back a few screens if you fall. Even by the end of the game I find myself missing a large percentage of jumps.

This was one of the first games I got for Nintendo when I was a kid. I wanted it because it looked like Zelda 2 and I was a huge Zelda fan. I thought it was a hard game and I never progressed further than the second town for months. This game taught me the concept of a password, I was spoiled by battery-backup saves, and I don’t think that helped my progression much. When I started playing it with my friends and we would all sit around and start to figure things out, listening to what the people in the towns have to say and following their clues, I finally got a feel for the game and was able to get even farther. Eventually I got really into it and actually played it the whole way through. I’d never beat a Zelda game before. Yeah, I’m really nostalgic about this one! But I believe it’s still a game worth checking out because inspiration comes from everywhere. We’ve progressed far but at the same time we haven’t. One thing that I believe that all the *NEW* Castlevania’s are missing is the ability to leave Dracula’s castle and visit villages like in this game. Heck, even Castlevania 2 had that ability.

Here’s a video of the entire game of Faxanadu, beaten in less than 12 minutes (with a password). Check it out! 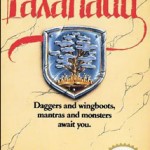 Filed under: Everything, Retro Reviews

Bryson Whiteman (http://www.sonofbryce.com)
Bryson is the guy behind all of the Sokay creations. Heading artwork and development, he's determined to make sure each game has a "distinctively Sokay" quality to them. He's always looking forward for a chance to experiment with new technologies to explore exciting ways to achieve fun.
« Witnessing Player Governments
Check out Kavalmaja by Tonypa and more! »