Warning: "continue" targeting switch is equivalent to "break". Did you mean to use "continue 2"? in /nfs/c03/h06/mnt/48256/domains/blog.sokay.net/html/wp-content/plugins/jetpack/_inc/lib/class.media-summary.php on line 87
 Premature Congratulation - blog.sokay.net

If all I knew about games were what I had read, I would believe them to be the revolutionary, new zenith of human culture; a marriage of man’s greatest accomplishments in art and science. The problem is I’ve played them too.

Most recently I played Jason Rohrer’s new Inside a Star-Filled Sky. Rohrer’s been a key figure in the ‘games as art’ discussion since it first gained momentum and I’ve admired his aims. I enjoyed Inside a Star-Filled Sky too. I have my complaints, but that’s no shocker. What should come as a surprise is how few criticisms target the pseudo-intellectual banter that surrounds Rohrer’s work and projects like his.

The games industry, including and especially the so-called indie game movement, appears to be suffering from what I call ‘premature congratulation.’ Games without the depth of a poorly written soap opera are regularly applauded for their artistry while patronizing speeches are given by industry moguls patting themselves on the back for the snail’s pace of the art form’s maturation. Universities had no trouble constructing game academia overnight by cutting it down to meaningless abstractions and inventing predictions on the future of gaming despite their disconnection from actual game development. In this market, talk is real cheap.

I once counted myself among a hopeful audience of dreamers applauding ‘art-games.’ I felt them to have very little individual significance, but I thought “These are the first.” I liked what I was hearing from developers and thought that while the games were simplistic, in time their work would more clearly embody sophisticated ideas. Well, good job on Sputnik guys. That hunk of metal might be totally useless, but you launched it into space and you did it FIRST. Nobody can take that away. Unfortunately, there are just a lot more Sputniks going up and nobody seems very interested in the whole sophistication part.

I started out on Sokay posting a lot about my perception of art and games and while I witnessed the developers around me, I felt guilty about my own failure to produce a body of work which I could point to as an example of my ideas. Eventually, I stopped writing because I found it too distasteful to act as if I knew a thing which I hadn’t yet proven with concrete experimentation. I dedicated time to development at the cost of any writing and I have continued in that way to the present. Now I know that in talking out of my ass, I was years ahead of my time. 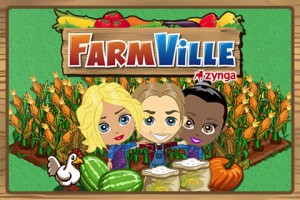 I believe in the power of games to meaningfully impact a person’s emotional and intellectual being more than any other medium, and that faith is under constant bombardment. First there are the countless games I play and am ultimately disappointed in, then there’s my own effort stay confident and produce good work, but the most challenging of all strikes is the discussion of drivel as if it is great art. The discussion of metaphors and emotion hidden in games that I cannot help perceiving as the artistic equivalent of an abstract porno rendered by finger puppets (and not in a good way).

“That peak in the ‘art game thing’ has maybe run its course and we’re all trying to figure out what to do next.”
-Jason Rohrer

A statement like this comes as a critical blow to my respect for independent gaming’s attempt to show art in games. Bored with principle, distracted by technically “innovative” parlor tricks, and co-opted by commercial development, another one bites the dust.

Years after the first snobbish proclamation that a game could be art, the argument remains static and impudent as Origin of the Species in a Southern library. Pack it up, gents. It’s just a theory.