Fun does not belong in a discussion of games. Fun is useless. Stop talking about it. 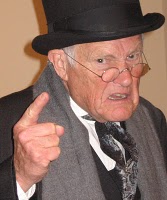 I catch a lot of “game development tips from the pros” and am shocked by how many of them have the balls to say “make your game fun!” You can cite countless podcasts, articles and books for these quotes, “The bottom line is, a game should be fun!” You can tell they’re smirking like it’s so obvious and easy. “Just make it fun,” they say as if begging for an elbow in the teeth. I just pray that one day that elbow will be mine.

Need an example? No problem, because this rant was inspired by a recording of 57 flash game developers giving tips: http://www.flashmindmeld.com/. Don’t let my complaints lead you to believe that there are not numerous helpful tips throughout the mp3.

In the context of video games, fun is an ill defined term used simply to mean “good.” “Good” as oppose to “bad,” “+” as opposed to “-“, no more informative than a single bit of data. On a scale of 0 to 1, this game is a 1. Stop using it and learn some damn adjectives.

If you asked a chef how he goes about making food and his response was “Me? I make it delicious,” would that be acceptable? It’s as if start-up game developers have been deliberately making crap due to the pervasive misconception that a good game is one consumers never want to play. Who are they talking to? Who’s business model includes a step that reads “3. Piss off fan-base with obnoxious tutorial–PREVENT FUN AT ALL COSTS”?

Maybe I’m just out of the loop. Maybe Sid Meier spent years honing his approach to game development from “Annoy the hell out of Everybody,” to “Inspire Indifference,” before finally “If you give someone a good thing, they will like it.” Maybe there’s a person in a cave somewhere totally unaware of the very concept of a game, let alone whether or not it should be fun. Okay game academia, I guess you exist for a reason. There’s a dude trapped in a block of ice somewhere in Northern Europe that you need to get on your newsletter.

I’m not the type to complain without offering an alternative, after all the subject is constructive discussion. When commenting on a game, concentrate on recognizing your actual response to it and attempting to describe that response in detail–be introspectve. Don’t do what Donny Don’t does:

I actually heard that from a game designer for whom I was coding, by the way. It was completely worthless then and it always will be, like a coach saying “Just win the game!” A game developer doesn’t need to be told what to do, he or she is trying to figure out how to do it. You want high resolution feedback including emotional and intuitive responses.

Try doing what Donny Do does:

Donny Do: “I don’t want to watch the intro. It’s boring, and I can’t skip it. The tutorial is condescending, slow and I can’t skip it. The controls are confusing, I think because the inverse d-pad is unintuitive and I’m getting tired of button-mashing. The main character’s animation looks beautiful and cinematic and I love spell-casting. It makes me feel like a powerful wizard.”

If I heard this, I would know exactly where I had succeeded and exactly where I had failed for this player. I can effectively improve the game with this feedback: The intro and tutorial need a skip button, play with controls and/or offer custom configuration, augment cinematic strong points to further capture the players’ imagination. You hear some tips that are almost exactly like this in the Flash Mind Meld mp3 and they’re worth following.

Art is a science. Be precise.

Filed under: Everything, Flash Gaming, Independent