Warning: "continue" targeting switch is equivalent to "break". Did you mean to use "continue 2"? in /nfs/c03/h06/mnt/48256/domains/blog.sokay.net/html/wp-content/plugins/jetpack/_inc/lib/class.media-summary.php on line 87
 Been Playin': Earthbound for SNES - blog.sokay.net

Been Playin’: Earthbound for SNES 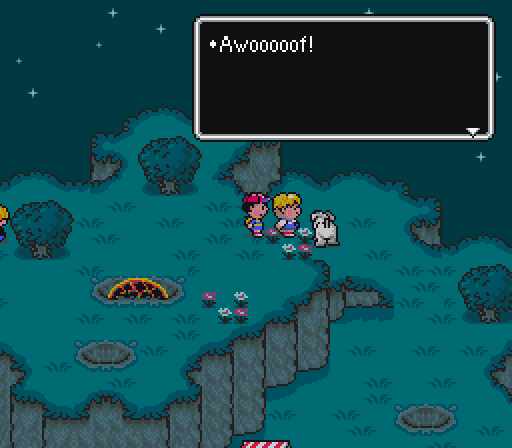 I started playing through Earthbound to see what it was about. There was a great little article on the original that never made it stateside in issue 5 of GameSpite Quarterly, the NES 25th anniversary issue. Just another reminder that I needed to play through this game! The only time I played it was back in 1998 on a SNES emulator, which barely ran on my 200Mhz Pentium 1 computer. Today, I’m running a much more developed version of that same Snes9x emulator, with a much better dual core processor and USB controller. No reason not to keep playing!

The first time I played, I only made it through the intro and a little farther after that. This time, I discovered why. Once the game opened up to the first town, it became a puzzle to determine what to do next. Back then, it was too frustrating with the choppy framerate of my slow computer. Now, I took the time to figure out what the game is about. 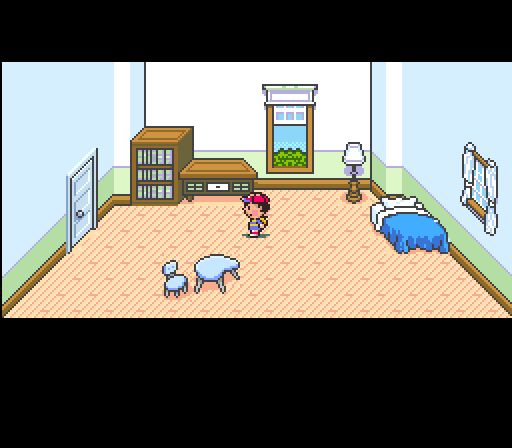 The gameplay of Earthbound is pretty much your typical Japanese RPG — think Dragon Warrior or Pokémon. You wander around locations and encounter random battles when you bump into enemies, similar to Chrono Trigger. You can obtain an advantage if you encounter the enemy from behind — and you start the battle at a disadvantage if they get you from behind. The battles are of simple menu driven variety. No cluttered menus and overly complex sub-systems.

What separates the game from everything I’ve mentioned is definitely the scenarios and dialogue. The scenarios are pretty random and wacky from what I’ve seen — from fighting thugs at their arcade hideout to fighting police. The dialogue is always on the side of humor and satire. It’s just goofy and funny! Makes me smile simply by reading it, wondering what was going on in the Nintendo translators’ heads in 1995. They did a great job! In addition to the writing, the game starts off with allowing you to answer questions from the NPCs early on. This will usually affect how they respond. But sometimes your answer affects your progress through the scenario. For instance, you may have to answer with the alternate response for something to happen. I got stuck at a part like that. 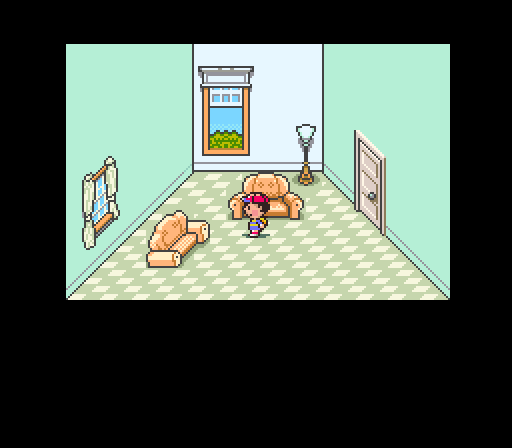 The music is great as well. I was like “right on” when they played a little reggae track when you enter a house. Great attention to detail with the tunes, it seems like they even sampled songs for many of them.

What I love about the game is that even though it’s so simple, it’s apparent that a lot of love went into it. I love that it’s not afraid to poke fun at it being a game. I even feel like if you took a lot of the gameplay out of it — like removing the battle system — it’d still be an enjoyable experience because of the definite world it creates for itself. Playing, I feel like I just gotta see what happens next. 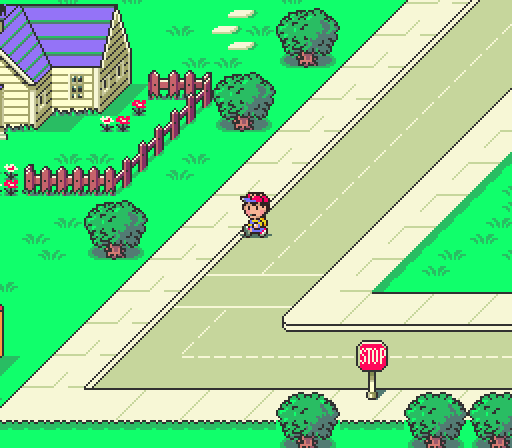 Filed under: Everything, Retro Reviews, Video Games, What I've Been Playing

Bryson Whiteman (http://www.sonofbryce.com)
Bryson is the guy behind all of the Sokay creations. Heading artwork and development, he's determined to make sure each game has a "distinctively Sokay" quality to them. He's always looking forward for a chance to experiment with new technologies to explore exciting ways to achieve fun.
« Yuji Naka on Skill
IGDA LA – An Evening with Mark Cerny »