Warning: "continue" targeting switch is equivalent to "break". Did you mean to use "continue 2"? in /nfs/c03/h06/mnt/48256/domains/blog.sokay.net/html/wp-content/plugins/jetpack/_inc/lib/class.media-summary.php on line 87
 What I've Been Playing: The Same Game? - blog.sokay.net

What I’ve Been Playing: The Same Game?

I had held off from getting an Xbox until Halo 3 came out. There was all the drama with the Red Ring of Death and there were lots of rumors of a new motherboard with less problems, coincidentally around the time of Halo 3’s release. After playing through Halo 3 I ended up getting a Wii and Super Mario Galaxy — mostly using my Xbox for XBLA games ( Braid, Rez, Castlevania: Symphony of the Night, Banjo Kazooie, etc.) Last Fall I decided to get caught up with Xbox retail games, and borrowed a bunch from Ricky. 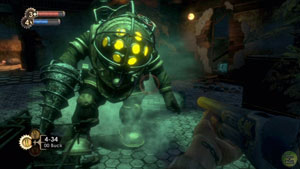 Bioshock was high on my list. It was mega-hyped, looked pretty cool, and one of the prettiest games out at the time. There were a lot of demo videos leading up to its release, demonstrating the variety of ways you could interact with the enemies and environment to get through situations. Using electricity to deactivate machines, using fire to make enemies run for water, making the Big Daddies fight on your side, and the like. It looked exciting and I had to see what the game was about since it was one of the best examples of our game technology.

So I played it. And got into it. Maybe too into it. I enjoyed the feeling of being lost in this underwater city in Bioshock but it stressed me the hell out. I got tired of hearing voices in the halls and guys jumping out at me shooting around every corner. After spending a day at work, coming home and playing this aggravating game didn’t make me feel and better. I quit while I was ahead and moved on.

Okay, another game I wanted to play was Fallout 3. It looked cool, I had friends that were Fallout fans and I never played PC games so I never got around to playing it. A friend at Zenimax Online had copies laying around so he sent me one. God bless his heart. 🙂 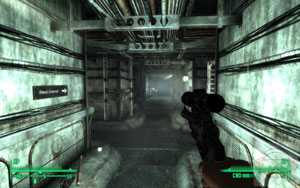 So I dug Fallout 3. Immersive world. Maybe too immersive… Constantly stressed because you’ll get randomly attacked by gangs and giant creatures while wandering from town to town. And you have no bullets, you can only buy a limited amount in shops at any given time. And you don’t even have much money, you can sell some bottle caps I guess. I get that this is the future, and everything’s scary and resources are limited but why they hell do I want live in this stressful world after I spent a day at work??? Ahhh!!! 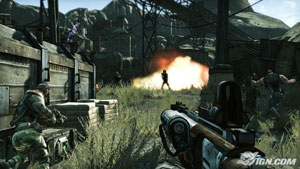 My friends got Borderlands and were having a ton of fun online, killing stuff. Now Borderlands was a fun game for me. It had a similar setting to Fallout but it was lively and comedic. It played like Halo. Don’t have to worry too much about ammo and weapons, as they’re freely available. You aren’t even penalized too much for dying — you just respawn at a checkpoint and can buy more items without even leaving the mission. It plays like Halo-meets-Diablo, how can you go wrong? Well, the wrongness this time actually had to do with my internet sucking. My Xbox-wifi adapter sucks and can’t keep a stable connection. Which resulted in my dropping out from the game all of the time or not being able to tell if my shots are connecting when playing online. Without the online play to amplify the enjoyment of the game I started to see what the game for what it was — kinda pointless.

The story is pretty non-existant. And the gameplay is basically shoot stuff to get better weapons to shoot bigger stuff to get bigger weapons. In the time that I played I didn’t see enough diversity in the gameplay to make me feel like I was missing anything if I stopped playing. So I stopped.

And after quitting 3 top-notch cutting edge AAA games I began to wonder why didn’t they keep my interest. I think it has to do with them all being about running around and shooting things. And that’s pretty much it. You might have to find some items along the way but your progress is determined by how well you can run around and shoot. You don’t have to be clever about it. And then there’s the RPG elements. Which I feel are tacked onto the FPS gameplay just to give the illusion that the game has more depth than it really is.

Although I’m not a fan of FPS games, I don’t hate all of them. I love the Halo games for instance. But I love them because they take that they’re a first-person-shooter very seriously. Halo is tactical and your progress depends on your strategy of approaching the enemy. The enemies are aware of their environments and react depending on how you approach them. You can try to ambush and die. Then sneak up and die. Then snipe and die. Then try and run everyone over and maybe you make it to the next checkpoint.

In Halo, you don’t have to wonder if you can afford health or weapon upgrades in a vending machine when you reach an enemy you can’t take down. Nor do you need to count up how many bullets you have remaining between 14 guns, and check how much damage your guns have, and how much weight you’re carrying. You don’t have to fiddle with some skills tree and worry about that headshot only doing 4 damage because your level isn’t quite high enough. Ahhh!!!!

Do you know what game I bought and actually beat? 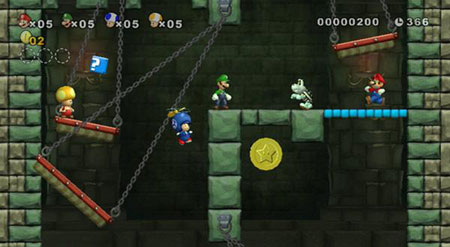 I rushed through it and had a lot of fun. In quick sessions. And when I died, I didn’t get stressed. I had more fun overcoming the challenge. And it didn’t have RPG features to needlessly complicate it. And it didn’t take me over 20 hours to finish. And I got to play it with my friends. 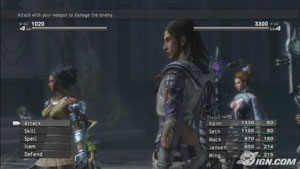 Besides Mario, I’ve been hooked on Lost Odyssey, my current obsession. I probably sound like a hypocrite, with the game being an old-school style Japanese RPG that we’ve seen a million times before, but I’m a sucker for these things. It feels like a Final Fantasy game but it breaks enough gameplay conventions that it’s not. It’s difficult and doesn’t have some overly complex skill system. It’s far from perfect but has some great things going for it. I think the gameplay is top-notch and overall I’ve enjoyed it much more than Final Fantasy 10 and 12. 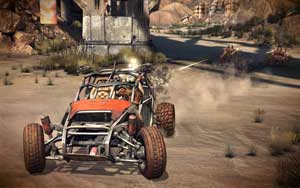 I don’t think we’ve seen the last of The Same Game as id’s Rage is coming soon. While the graphics are off the chain, as usual, it looks to be the familiar FPS RPG hybrid.

Bryson Whiteman (http://www.sonofbryce.com)
Bryson is the guy behind all of the Sokay creations. Heading artwork and development, he's determined to make sure each game has a "distinctively Sokay" quality to them. He's always looking forward for a chance to experiment with new technologies to explore exciting ways to achieve fun.
« Thugjacker Half: Still Kickin’!
IGDA August 2010 at the WGAW »