Warning: "continue" targeting switch is equivalent to "break". Did you mean to use "continue 2"? in /nfs/c03/h06/mnt/48256/domains/blog.sokay.net/html/wp-content/plugins/jetpack/_inc/lib/class.media-summary.php on line 87
 First Impressions: Radiant Silvergun - blog.sokay.net 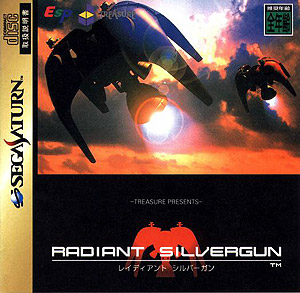 I was reading a GameSetWatch post about an interview with the Panzer Dragoon creator and I thought to myself, “Shit, I still haven’t managed to play Panzer Dragoon Saga yet!” If you’re not familiar with the game, it was the last installment of the series on the Sega Saturn, a 4-disc epic RPG. It’s regarded as one of the greatest RPGs but the catch is that it was released in extremely limited quantities in North America. I’ve heard rumors of something like only 25,000 copies were created since it was the end of Saturn’s life-cycle. Copies run for about $120 to this day.

So I went to find out if it was emulated yet. I managed to find a torrent of not only Panzer Dragoon Saga but Radiant Silvergun as well. Regarded as one of the best shooters ever but never released stateside. The game was created by Treasure. I became a Treasure whore solely because of Guardian Heroes but I never imagined what could be so great about a shooter game. Copies of this game sell for up to $200. I finally understand what the hype was about. This is an amazing game. 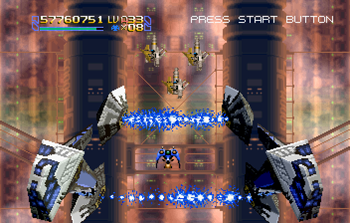 So you may have heard of Ikaruga, the spiritual successor to this game. It was released on Dreamcast and Gamecube, only on Gamecube domestically. I’ve played it on Dreamcast. I love it to death but it’s such a frustratingly difficult game. I mean look at it! Not only do you need great reflexes but you have to memorize patterns… white-to-black, black-to-white, back and forth, forth and back. I could only take so much before I had to move on. So tiring…

The first thing I noticed about Radiant Silvergun is that had the beautiful design and style that’s synonymous with Treasure. The game starts off fast and drops you into the action. In this game you have 3 bullet types that you can fire at any time. There’s no power-ups, but your weapons level up the more you use them. In addition to that, you can combine two shots together for 3 additional secondary shots. And if you combine all 3, you create a Radiant sword which you can swing around your ship to not only do damage but collect pink energy shots that enemies shoot. The shots you absorb fill a meter which allows you to perform a super attack. 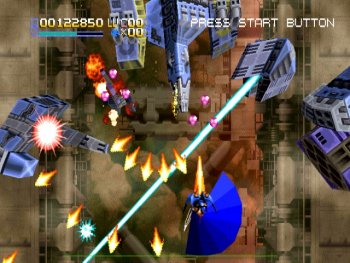 So when I first started playing, I just shot like crazy. That’s what you’re supposed to do, right? I noticed that each of my bullets had a different color — red, yellow, and blue. And that the enemies tended to be either red, yellow, or blue. I figured that it was like Ikaruga where certain bullets were more effective against certain types of enemies. I’m still not necessarily sure if that’s the case, but certain bullets are definitely more effective in certain situations. The red shot fires straight ahead and is medium strength. The yellow fires two weaker homing shots. The blue shoots off 2 bombs at a wide angle that explode and does heavy damage to anything it touches.

So this game feels like the most tactical shooters I’ve ever played. It’s not only about memorizing patterns, and dodging bullets. You have to pay attention to what weapon will help you in each situation. And you have to think fast! The game throws about 3 bosses at you each stage. Each is divided into a handful of different parts. So when the fight begins you have to pay attention to the patterns and decide where you want to focus your damage. Some parts are incredibly threatening while some even help you (the parts that shoot the pink energy bullets). 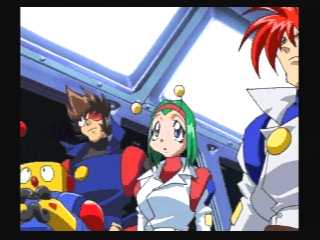 A good feeling I get from this game is that old-school feeling of not knowing if I’ll ever beat it. I played through it 4 times in a row yesterday (each time ending in game over 🙂 ). But I got a lot farther each time. Some of it has to do with the game saving my weapon level upgrades, but most of it was learning from my mistakes and the surprises the game throws at you. This is a fun and challenging game that I think I can actually beat with a bit of patience. Unlike Ikaruga, which feels like I have to devote my life to it to conquer.

Bryson Whiteman (http://www.sonofbryce.com)
Bryson is the guy behind all of the Sokay creations. Heading artwork and development, he's determined to make sure each game has a "distinctively Sokay" quality to them. He's always looking forward for a chance to experiment with new technologies to explore exciting ways to achieve fun.
« Fwd: Everything is Art
Yin Yang by Nitrome »