I got a few new games in the last few months and I’ve really been trying to buckle down and finish them all! I got Super Mario 3D Land for Nintendo 3DS as an Xmas gift. I was looking forward to it as I heard it had a lot of old-school-ish Mario action. To me, it’s the best Mario game since Super Mario Galaxy — it’s even made by the Super Mario Galaxy team.

The game plays something like a mix between Mario Galaxy, Crash Bandicoot, and Super Mario Bros 3. The stages are generally short with a focus on a theme. For instance, there’s the “underwater level” and then the “spinning helicopter floating down platforming level”, and the “running on spinning gears level”. Similar to Galaxy, each level introduces slightly different gameplay mechanics and keeps things fresh. I finished the game and there aren’t many stages that even feel similar.

For the most part, the game is pretty easy for experienced gamers. My girlfriend was terrible when she started but she kept at it. She brought to my attention that the game actually blatantly helps you out when you die a number of times in a stage. It’ll give you a special white tanooki suit which appears in a floating “?” box, which makes it optional to collect if you’re too proud.

Find Mii for 3DS, I’m addicted to this game.

I’ve been in love with the 3DS since I figured out how the Play Coin system works and discovered the “Find Me” mini game installed. Find Me is a super basic RPG game where the goal is to defeat monsters in a series of stages. You draw random fighters by spending Play Coins, which is a built in 3DS currency you get by walking with the 3DS. The hired fighters can make one move, attack or magic. The type of magic they use is determined by the color shirt they have (i.e. blue shirt = water, red shirt = fire). It’s soooo ridiculously simple but I’ve been taking my 3DS with me wherever I go so I can earn Play Coins — hoping that I can spot pass with people to help me along. When you finish it twice you unlock the sequel, which was added in a 3DS system update. Not bad for being free! 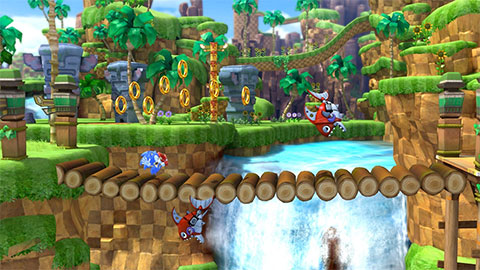 I couldn’t resist myself from buying Sonic Generations for too long. This is the game Sonic Team has needed to make since the Sega Saturn. 3D Sonic with 2D gameplay, no annoying sidekicks, just fun gameplay in the vein of the original Genesis trilogy. The ultimate Sonic fan service, with the remixed music and reimagined environments making me all teary eyed. The game is also pretty difficult in the later stages! Sega’s not afraid to make a game challenging, unlike Nintendo’s easy easy games. 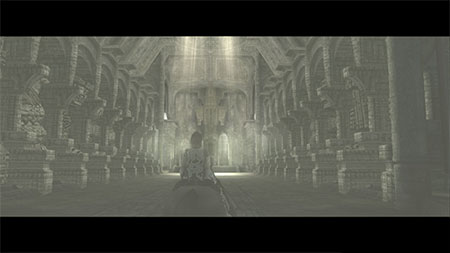 Still playing a bit of Zelda: Ocarina of time as well. It always leaves you with a vague or no idea of where to go next so it can take a while to progress unless you read a FAQ or something. I vaguely remember the sequence of the game so that’s gotten me through so far. I finished the Shadow Temple and I’m trying to figure out how to get to the Gerudu Fortress and Light Temple. I still think its insane that this game was created in 1998 and is as polished as it is.

Bryson Whiteman (http://www.sonofbryce.com)
Bryson is the guy behind all of the Sokay creations. Heading artwork and development, he's determined to make sure each game has a "distinctively Sokay" quality to them. He's always looking forward for a chance to experiment with new technologies to explore exciting ways to achieve fun.
« Sokay Play 4 @ Downtown LA Art Walk
Play Peep: Great Site for Game UI Reference »