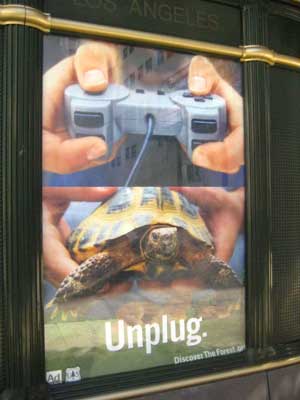 A Downtown Los Angeles WC ad wants to put us out of business! Nature is the largest competitor of the Video Game Industry. 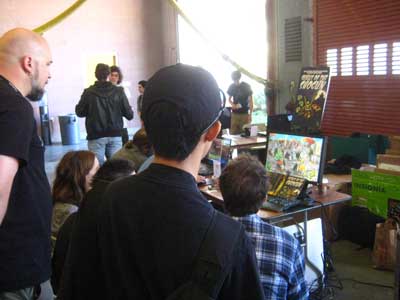 Here are some folks crowding around Skulls of the Shogun. I didn’t get a chance to play it but will probably play it on Xbox 360 soon enough. 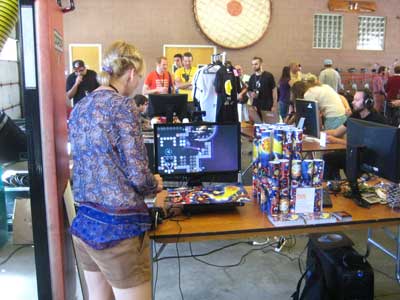 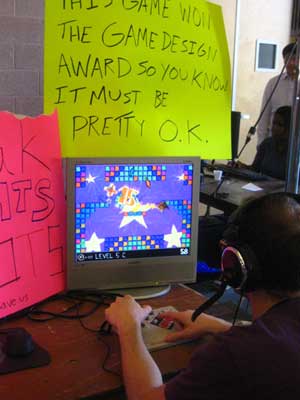 Deepak Fights Robots. I heard this described as “Bubble Bobble meets Bollywood.” Didn’t play but it looked fun. Looked like single room puzzles where you have to find the correct way to defeat or avoid evil robots. 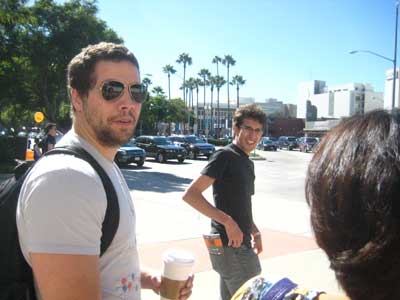 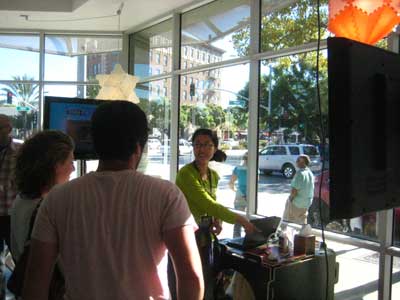 The kissing game. She tried hard to convince us to play and for me to affix metal diodes to my tongue with fixodent to play a cheesy racing game. Cute idea but… PASS!! 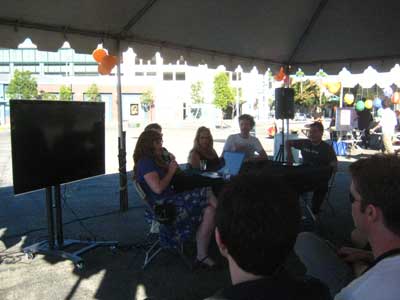 Game debate about “Ethics in Games,” apparently hosted by a few unethical greedy game designers, haha. Some interesting stuff came up but it was mostly just pushing agendas and no clear ideas were really communicating. A shame tbat some of these people are representing the industry. 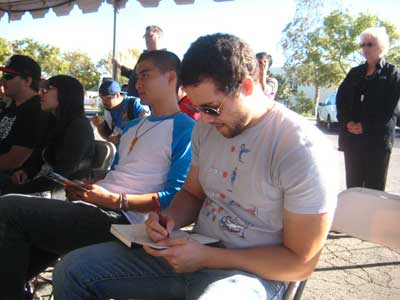 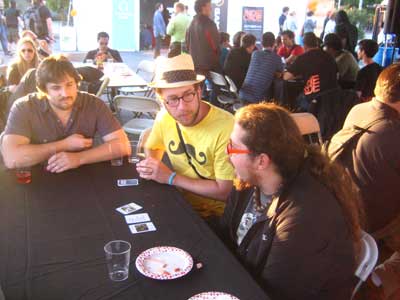 The next day, we were chilling and trying to play the game card game that plays like a broken version of Apples to Apples. Not fun but it can spur conversation. In this photo Gus gets harassed by “Talks in Circles” man. 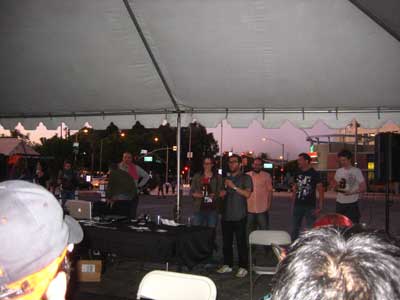 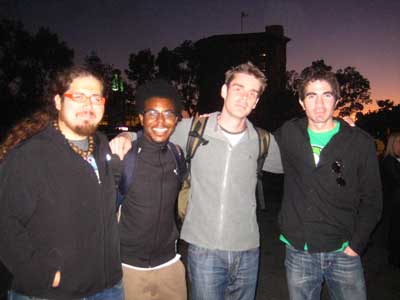 Bryson Whiteman (http://www.sonofbryce.com)
Bryson is the guy behind all of the Sokay creations. Heading artwork and development, he's determined to make sure each game has a "distinctively Sokay" quality to them. He's always looking forward for a chance to experiment with new technologies to explore exciting ways to achieve fun.
« Indiecade 2011 This Weekend!
Sokay Play 1 @ Downtown LA Art Walk »