Warning: "continue" targeting switch is equivalent to "break". Did you mean to use "continue 2"? in /nfs/c03/h07/mnt/48256/domains/blog.sokay.net/html/wp-includes/pomo/plural-forms.php on line 210

Warning: "continue" targeting switch is equivalent to "break". Did you mean to use "continue 2"? in /nfs/c03/h07/mnt/48256/domains/blog.sokay.net/html/wp-content/plugins/jetpack/_inc/lib/class.media-summary.php on line 77

Warning: "continue" targeting switch is equivalent to "break". Did you mean to use "continue 2"? in /nfs/c03/h07/mnt/48256/domains/blog.sokay.net/html/wp-content/plugins/jetpack/_inc/lib/class.media-summary.php on line 87
 I just beat Cave Story! - blog.sokay.net 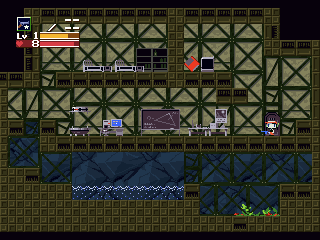 I just beat Cave Story. It was the best game I’ve played in a while.

Being “late to the party” is even an adequate enough way of putting it. I can’t believe it’s taken me this long to finally play this game, in spite of all of the great things I’ve heard about it. And read about it. Even on this very blog, Chris’ post on it in 2007.

Cave Story was an freeware hit from 2004. The game was created by a 1-man army. It has recently been released on Wii Ware by Nicalis, and a 3DS version is on its way. Inspired by reading a great interview with the creator, Daisuke “Pixel” Amaya,  decided to play through it during this 3-day weekend.

Christian Nutt conducted a great interview with Pixel on Gamasutra, giving some insight to his motivations and process he went through to make the game. I felt the passion in the words and knew that I had to finally see what the game was about. In the interview, Christian mentions that he feels that the “indie game movement” began with Cave Story. And playing the game, I totally feel that. Most indie games I’ve seen have has this same kind of retro style, visually and aurally. I don’t think there were even many games in the 16-bit era that used a style like this — to me they were trying to get as far away from 8-bit as possible.

I don’t know what more to say. The game feels amazing. It’s like Metroid, but it’s got a charm to it that’s reminiscent of games like Earthbound. The game’s got an incredible sense of exploration, it grabbed me, had me anticipating what would happen next. The game also plays like an action shooter, think something like Metal Slug or Gunstar Heroes. The action-packed boss battles definitely kept me on my toes. 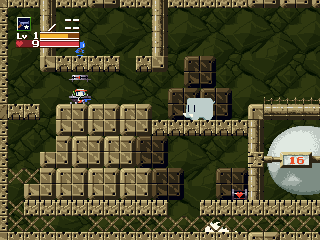 If you haven’t played it, download the original Freeware version. Buy it on Wii-Ware or get the 3DS version coming out this fall.

Bryson Whiteman (http://www.sonofbryce.com)
Bryson is the guy behind all of the Sokay creations. Heading artwork and development, he's determined to make sure each game has a "distinctively Sokay" quality to them. He's always looking forward for a chance to experiment with new technologies to explore exciting ways to achieve fun.
« A Sokay E3 2011
Donut Get! – Shoppe Burn Animation »