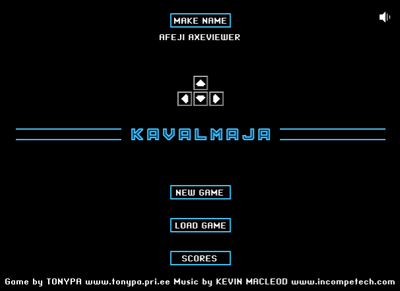 It requires trial and error. I liked that about it, but felt it can be a problem sometimes. There’s a couple parts that require you to “die” to collect your gold pieces. I think that’s just one of the laws of game design, to never require the player to die. This kind of bugs me but it’s not as bad as preventing you from progressing through the game — you can’t get stuck. And given all the situations where you could possibly get stuck, it’s an amazing feat that Tonypa managed to make it work out as smoothly as it is. He said it took a long time to test all the possible positions and conditions. And I believe it.

I’m iffy about Flash game adertisement and the ads in this game really got to me. You see an ad every time you die, and that can be frequently when you get stuck somewhere. As frustrated as I got, seeing that Mucinex commercial over and over again, I was compelled to keep playing the game. I needed to solve the puzzle. So if a lame commercial can help support developers like this in making well-made games, maybe they aren’t so bad.

I had to resort to searching the jayisgames, walk-through thread for a solution to one of the puzzles in the game — the one with the teleporting rooms. I felt dumb that I didn’t figure out, but I also believed that he could’ve made a clue to make it a bit more obvious. I missed the one detail that would’ve help me figure it out. It might not be too bad to have a puzzle this difficult in the game given how easily one can find solutions on the net. It’s good to be stumped every now and then.

I’m just writing this because I think it’s a great and solid game. Even though it’s a Flash game from last year, it’s definitely one of the best games I’ve played this year. It’s inspired me to do an action-adventure puzzle game. And to think outside the box, maybe even a bit abstract.

Bryson Whiteman (http://www.sonofbryce.com)
Bryson is the guy behind all of the Sokay creations. Heading artwork and development, he's determined to make sure each game has a "distinctively Sokay" quality to them. He's always looking forward for a chance to experiment with new technologies to explore exciting ways to achieve fun.
« Donut Game is a Comin’!
Great Animations: Tarboy and one more… »