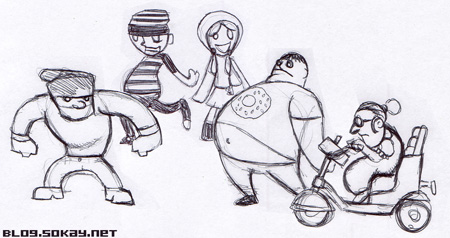 Here are some NPCs from the Sokay Donut game I’ve been working on for forever. These characters are designed by our character designer Ricky Enriquez. I spent a couple days converting the game to AS3 in late May. Since then I’ve been polishing some things and working on getting the NPCs in it. I’ve been concentrating a bit too much on the presentation of the game and have returned to focusing on the gameplay, since it’s still not fully there yet. Right now I’m working on finding the fun, but it’s looking great so far. 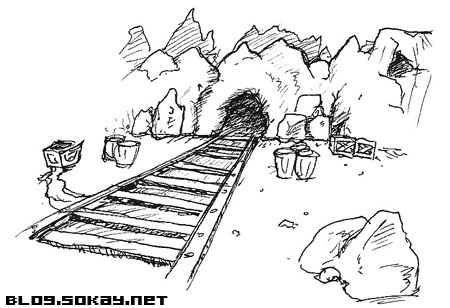 This is a background concept I sketched out for a new project we started, a game that Chris is programming. It’s a Western so it’s gonna be a lotta fun.

Beyond this stuff I’ve been reworking the blog — I added the little video jukebox in the top right corner. I’m revising some of the other Sokay sites, experimenting with new ideas. I’m working with David Rodriguez on a more elaborate Luvtank.com as well.

Read on to see what’s been inspring me lately… 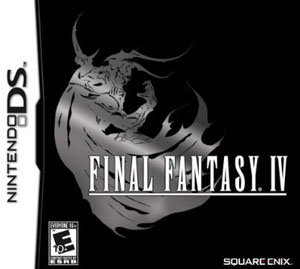 I’m not gonna lie, I couldn’t resist buying Final Fantasy IV because of its amazing box art. It’s a bit expensive at $40 but it’s actually worth every penny. It’s a console quality RPG on a handheld, the production value is amazing. I look at this game and I think about it initially being released in 1991. There were definitely some visionaries at Square. Although the transition from FF6 to FF7 seems so epic — it is — by looking at the progression of the series you can see that’s where they were always heading. I never played this as its original release (FF2) but I’m familiar with the music from listening to the Final Fantasy Piano Collections for the last 6 years. So it feels oddly nostalgic. Challenging gameplay with magnificent art and music. I’m hooked on this one. 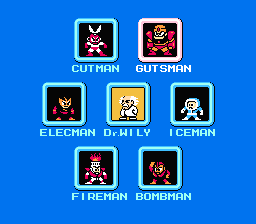 Mega Man is an incredibly hard game that you’re expected to finish in one sitting. That counts as Triple-OG in my book. I played up until the Wily Stages in this game, which are friggin mindblowingly difficult. This is an amazing game and it’s no wonder that the series has been around for over 20 years. I will make a write up on this title but I want to see if I can finish it without cheating too much. 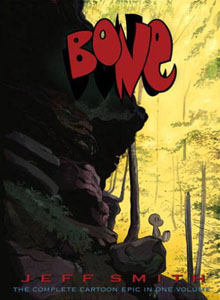 This comic was made for me and I never realized it until I bought this collection of the entire series. 1300 pages of adventure. Princesses and dragons; swords and scary monsters. The stuff I thrive on. 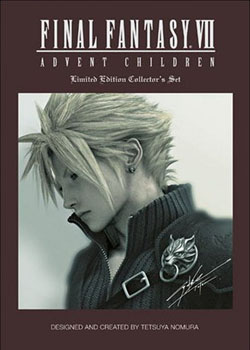 I was super-excited when this was announced; semi-disappointed after finally viewing it. I waited this long to purchase it but it’s every bit as pretty as I remember it. More Maya inspiration. The recap of FF7 that it comes with makes me want to play through it again. I’m gonna need an extra 60 hours to make that happen. haha

I went to Siggraph 2008 a few weeks ago and that was an inspiring experience. I didn’t go the career path of the 3d artist but it’s still an interest of mine, joining the tech with creative. I’ve been in that 3d mindset lately with all of the 3d in Flash stuff I’ve been thinking about so it was double-inspiring to go to a hear a talk about The Making of Wall-E at the Gnomon School of Visual Effects.

The speaker was David Munier from Pixar, he worked as the Sets Supervisor and gave some insight to how the sets were put together for the film. Maya’s already one of my favorite software packages so the presentation gave me a lot of inspiration for effects that I’d like to experiment with. I’ve been looking for excuses to apply the scripting knowledge I’ve acquired through Flash to MelScript in Maya.

Bryson Whiteman (http://www.sonofbryce.com)
Bryson is the guy behind all of the Sokay creations. Heading artwork and development, he's determined to make sure each game has a "distinctively Sokay" quality to them. He's always looking forward for a chance to experiment with new technologies to explore exciting ways to achieve fun.
« Natural Spider by Tomas Eriksson
Design Documents Released for All! »